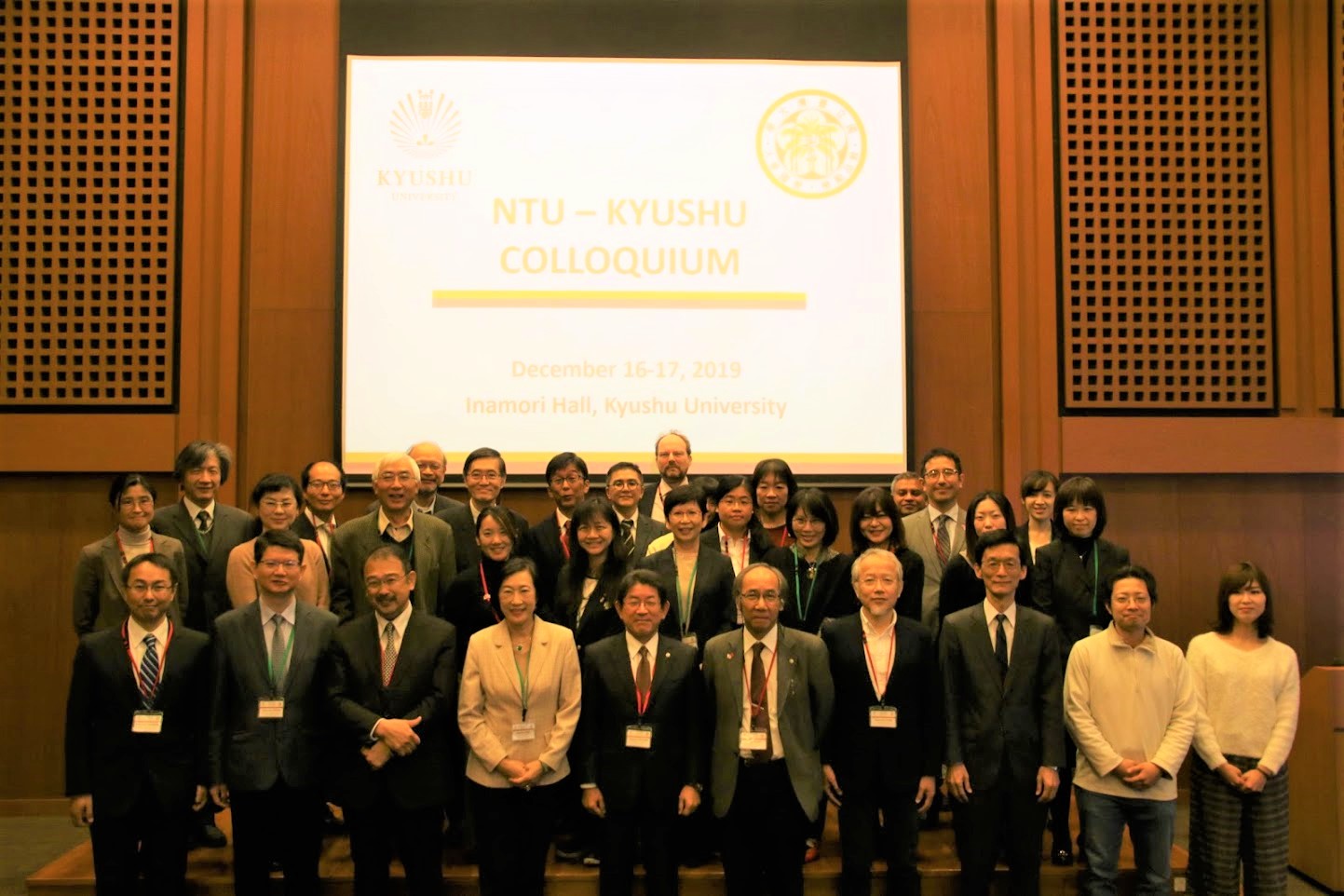 The NTU–Kyushu Colloquium was held December 16 and 17 in Inamori Hall on Kyushu University’s Ito Campus to further promote academic and educational interactions between National Taiwan University (NTU) and Kyushu U.
Nearly 50 participants, including 15 researchers from NTU, joined the event and shared their expertise and knowledge across disciplines such as forest hydrology, Japanese linguistics and literature, museum studies, education, urban planning, telemedicine, geosciences, and organic electronics. In these researchers, there are members of Cultural Variation Cluster, Urban Cluster and Medicine and Health Cluster in our institute.

By exchanging ideas through the colloquium, the two universities aim to identify new areas for collaboration to further deepen the close relationship that they have developed over the last two decades. NTU and Kyushu U first signed a university-level student exchange memorandum of understanding in 2001, and the two universities have been actively interacting in various fields, including the development of double degrees programs. Kyushu U chose NTU as the location for its Taipei Office, which launched in 2010.
The colloquium opened with welcome remarks by Vice President Koichiro Watanabe followed byspeeches from Executive Vice President Chiapei Chou from NTU and Pierre C.C. Chen, Consul General, Taipei Economic and Cultural Office in Fukuoka. After that, researchers from both universities introduced their individual research areas and interests. Makoto Aratono, Deputy Director General, concluded the opening session with an introduction of the Kyushu University Institute for Asian and Oceanian Studies (Q-AOS), which was launched last April. After the opening session, the participants had chances to discuss in more depth at a poster session and parallel sessions in each area.

Through events like this, Kyushu U will continue to promote research and educational exchange with NTU, and a second colloquium is already under consideration.

Academic administrators and researchers from Kyushu University
and National Taiwan University gathered on ItoCampus for the NTU–Kyushu Colloquium.

Back to all events